The craziest freestyle show on earth has to be Masters of Dirt. After a busy start to the year and non stop action all over Europe, MOD is the best way to see the best riders jump. If you ride dirt then you have probably heard of it. If not then you must have been living with out communications for a while. But what is it about? Who made it? Why is it the best?

I-MTB spoke to Georg Fechter, the young guy (he’s not even 25 yet) who created it 10 years ago when he was a teenager!

Georgie pausing in the studio during a hectic schedule.

Where did you get the idea of Masters of Dirt from?

My brain! I always was into freestyle and a passionate rider myself. I started as an amateur rider and got better and better with my riding skills. Masters of Dirt grew and all of a sudden it was way bigger then my riding skills as it was worlds best and biggest freestyle show there is.

Each year the shows have got crazier, which show has been your best so far?

You seem to attract some of the best riders in the world to the show, more than any other, who for you has been your stand out best athlete to have at an mod event? MTB or Moto.

Yes of course the word about mod is spreading and riders do also talk. Most of the times the elite riders come up to us and ask if they can ride the show and thats a big honor for me. The best so far defenitly are : Edgar Torronteras, Remi Bizouard, Blake Williams, Robbie Maddison, Rob Adelberg and in MTB and BMX I would say : Andreu Lacondeguy, Martin SÃ¶derstrÃ¶m, Yannick Granieri, Sam Reynolds, Mike Hucker Clark, Brett Banasiviez, Nicholi Rogatkin, Tj Ellis an Jb Peyetavie. This doesn’t mean that the others are good not at all, we only use world’s best, but those guys definitely have been the most outstanding throughout the years. 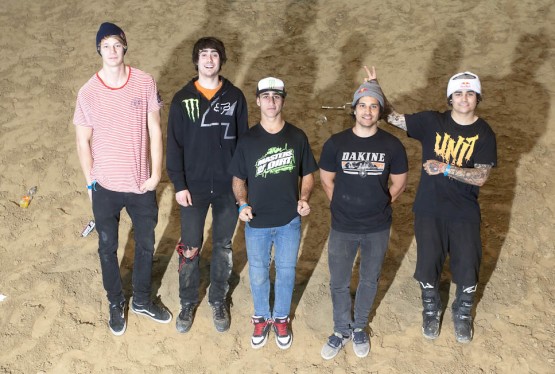 You yourself ride, and are quite good at it, does this help in creating what you have done?

Yes of course, I know how much balls and commitment it takes to go for big tricks. I dont ride FMX myself so I respect that even more. I don’t force the guys to do stuff I don’t want anyone to huck it for the money. We wanna do it for fun and to push the limits and to be the pioniers in what we do. Traveling and riding with the boys also when there is no M.O.D event on helps the creativity a lot as we develop ideas together. 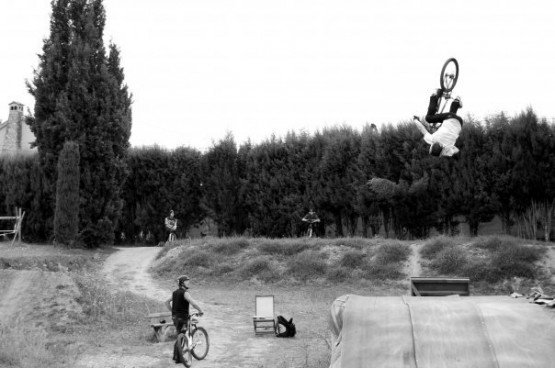 Soccer as national sport is a shame in my eyes! I want to get as many people as possible to start riding bikes. Or get into extreme sports, the feeling of flying through the air is not comparable to anything else. Then obivously we have plenty of new things for the 2013 Masters Of Dirt world tour, next specials, new tricks, some add ons to the track layout and more tourstops but of course thats all top secret now.

But 2012 is by far not over and we are also working on a new homepage that will be realeased very soon and has alot of goodies for our fans and will also include a brand new online shop. Many more events and filming sessions are planned for this year aswell so be prepared ! 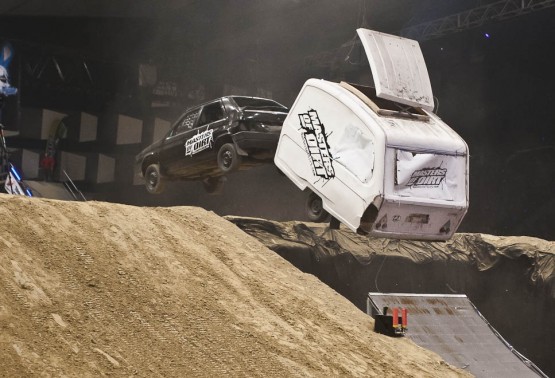 Have you ever hassled the HOF?

Of course ! I have grown up with the Hoff so lots of hasseling has been done ;) 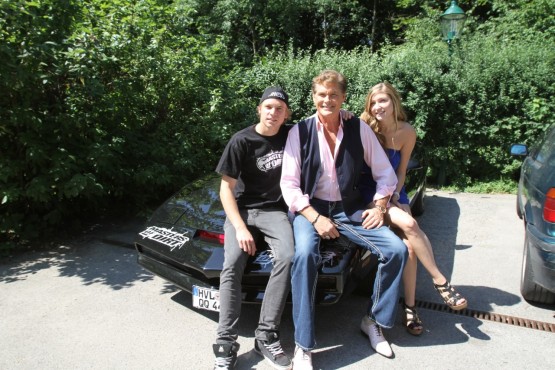 Georgie with his god father the Hoff and his sister. (Courtesy Georg Fechter family album)

That night rider car how did you come by it?

My dad promoted the David Hasselhoff and the Knight Rockers world tour in 1986 and when I was born in 1987 the tour was just over, so my dad came to see me with the Hoff and the Hoff also was the first person to hold me besides my family, thats also how my parents decided to make him my godfather. For this tour we owned 3 Knight Rider cars, better known as Kitt, one got sold to a museum one fell of a crane during transport and broke and one was sitting in my garage for ages until I decided to restore it. I was invited to do the gumball 3000 rally from San Fransisco to Beijing in the Kitt car with the Hoff and my buddy NPJ. 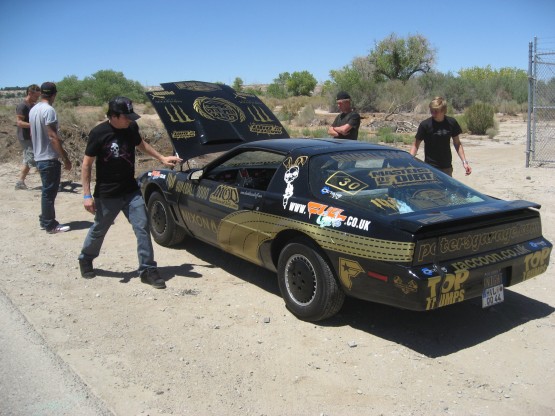 With All mountain and DH riding where is your favourite spot to ride?

I don’t really ride a lot of dh but when I do its definitely the bike park leogang ! For dirt it is Peynier and my house in the south of France.

Visit www.mastersofdirt.comÂ to find out more…

Check out the video below from 2012 MOD Vienna.

A few pics from some Georgie moments. 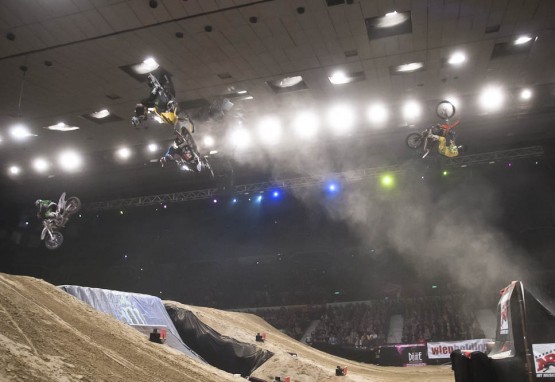 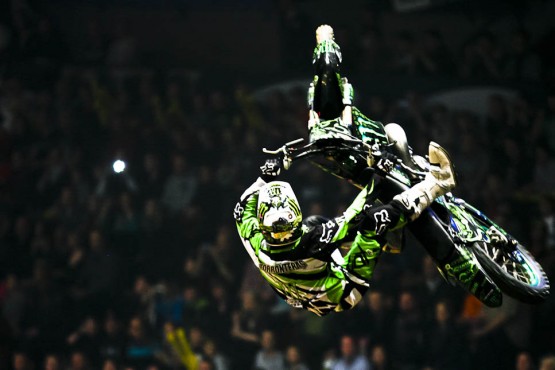 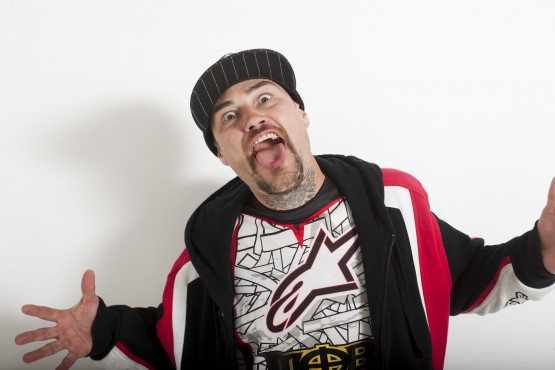 Metzger the godfather of FMX