We spent a couple of days up at the first big European trade show of the year, viagra the Garda Bike Fest. For four days every year the (predominantly German) European mountain bike industry decamps to the beautiful shores of Lake Garda to talk shop, order try and squeeze in some riding and drink far, abortion far too much. 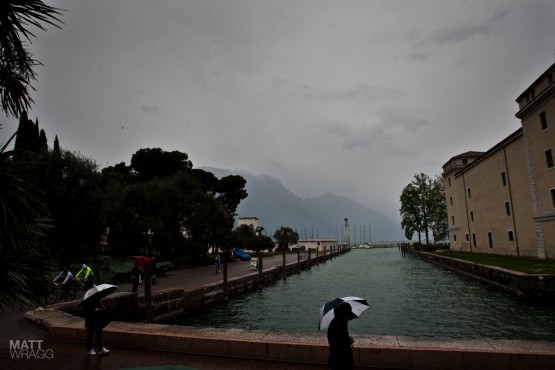 Rain. This was a theme throughout the weekend, with showers ranging from light drizzle through to biblical-proportion storms. Being caught out on the mountains in the heavier storms wasnâ€™t fun, so the chances to get out riding were few. 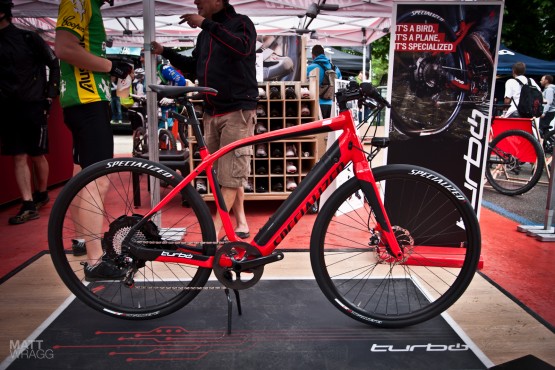 The Specialized Turbo. Now the Big S is getting involved, electric-assist bikes are officially a big deal. Regardless of whether you think theyâ€™re a good thing, or not, there seems to be people out there who are into them and they are buying bikes. You can trust Specialized to make them look good, there are no sketchy batteries zip-tied onto a downtube here. 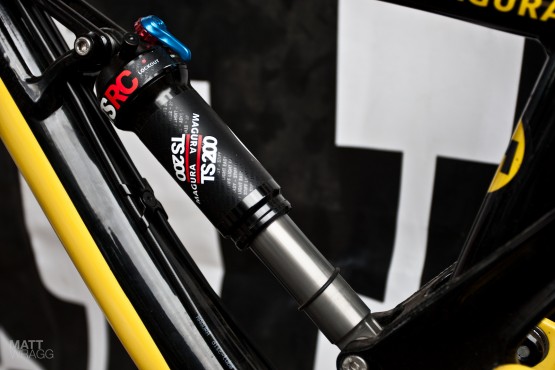 Maguraâ€™s prototype TS200 rear shock. Alutech had this floating around their booth, but werenâ€™t giving away too many details. It seems to have the standard-issue rebound adjust and lockout-type affair. One worry for harder riders has to be that small air sleeve, especially when companies like Fox and Rockshox are moving to expand the air chambers to make the shocks ramp up at the end less aggressively. 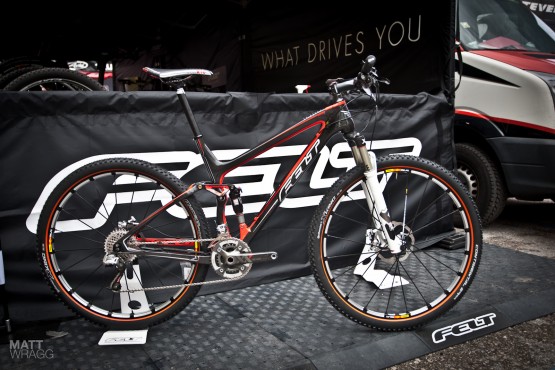 This is what 10,000 Euros buys you these days: Feltâ€™s wallet-shattering carbon Edict 29er. It is kinda pretty though, right? 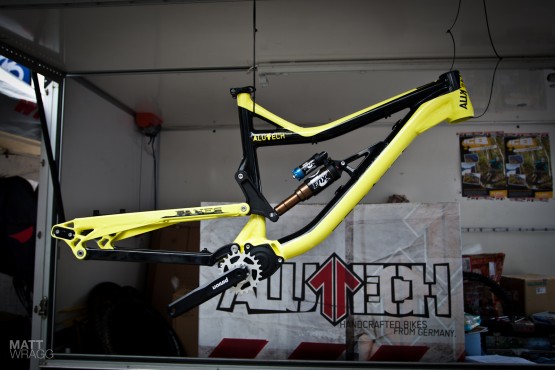 Alutech also had this on their stand â€“ their new enduro/freeride bike with a Pinion gearbox. The Pinion gearbox looks like the best shot yet of a mountain bike gear box that will actually work in the real world and weâ€™re very excited about it. Unfortunately, Pinion are a bit coy about letting their bikes out into the wild, but hopefully soon weâ€™ll get to spend some quality time on one… 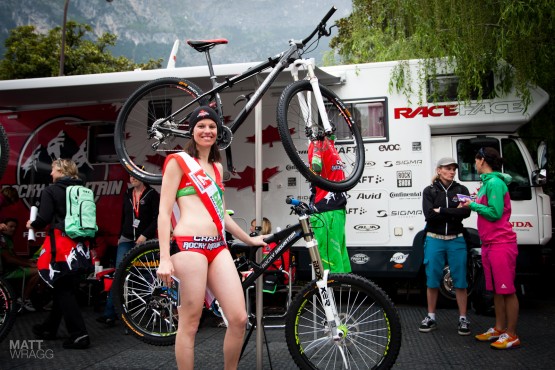 I have a sneaking suspicion that this lady is a legendary XC rider and not just a booth bunny. Either way, times must be hard if youâ€™re standing out in the rain in a bikini on a cold day. 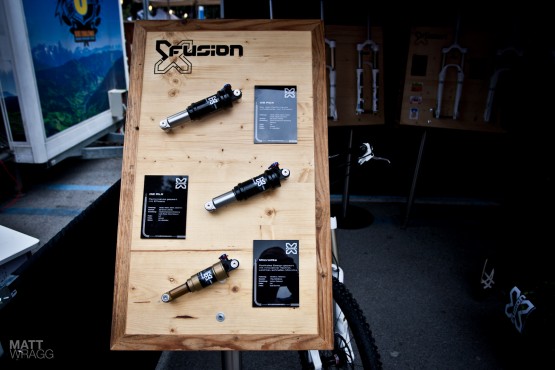 X-Fusion were showing off their range of air shocks and the big news is the new slippery, gold coating. Sounds familiar right? But we keep hearing nothing but good things about the products these guys are producing these days, and theyâ€™re cracking value for money, so we can forgive nearly anything. 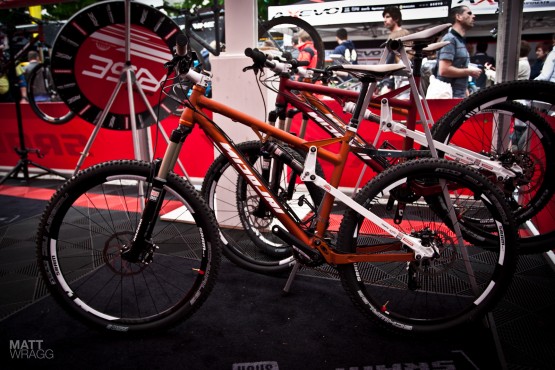 650B. Wheels sizes are the new purple anodising and 650B wheels are the most debated standard in mountain biking today. SRAM had teamed up with Nicolai to bring these Helius ACs to the show for journalists to test, what you canâ€™t see from this side is also SRAMs lovely, new clutched derailleurs, which are rather good and very quiet.

Fox are introducing a new line of forks for 2013, the 34. Like all their other forks, the number refers to the diameter of the stanchions, in this case 34mm. These are the 160mm versions with a 15mm through axle and their new Climb, Trail, Descend (CTD) system. All their new forks, shocks and seatposts will use the CTD system, so you can match the setting between the three: for example if you are climbing, you can set the fork, rear shock and seatpost all to the climb setting, which is much like what the pro-pedal did in previous years. Trail is a mid-way point, so some suspension movement and a mid-height seatpost, and Descend is post down and suspension wide-open for going downhill fast. 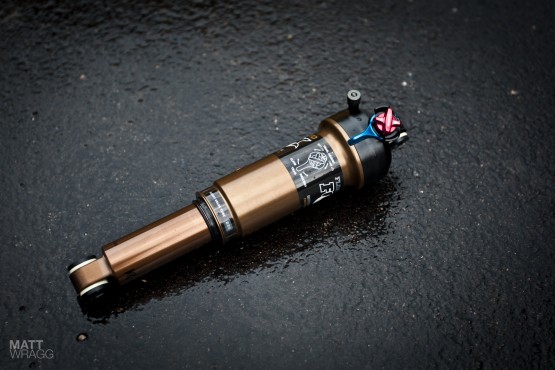 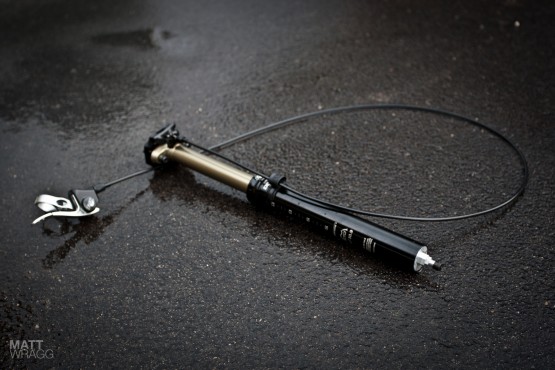 And the Drop Off Steep Shit (DOSS) seatpost to complete the set. 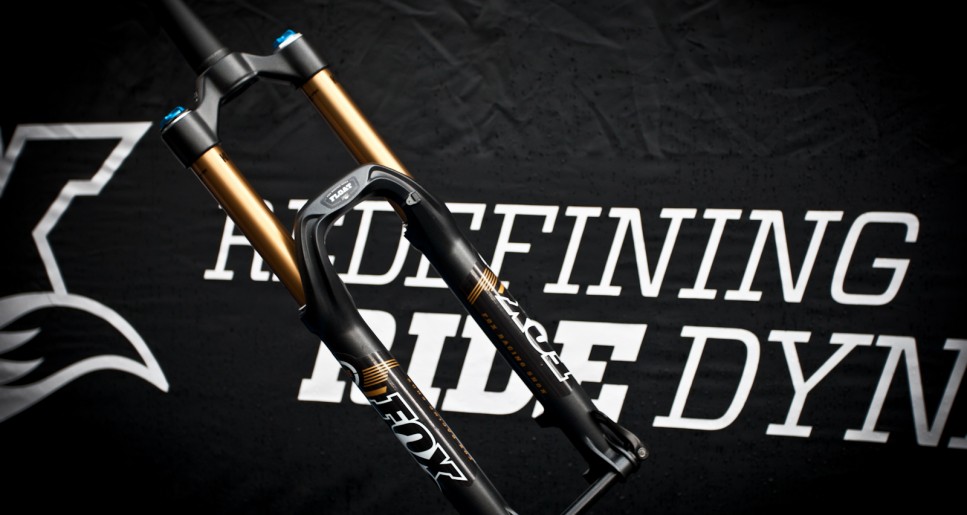