Nino Schurter – Interview and 650B.

A quick update note we are at the DH world cup and asking Scott about a 650B bike… everyone looked rather uncomfortable when the question was asked… here for story.

can i get Misoprostol without rx Update 6th of July 2012.

We managed to try a 650B bike today and we have to concur with what Nino says.
Article here.

Nino Schurter is at Massa Vecchia near Massa Marittima training with the Scott team for the current 2012 season and developing bikes.

The first thing to note was the relaxed atmosphere and focus that the whole team has at the moment. The bike development squad were focusing on testing 650B, 29er and 26″ bikes in various flavours, including some secret project bikes.

Other than that It was business as usual with Nino focusing on his training, in this an Olympic year.Â Nino spoke to us about his riding and current bikes. 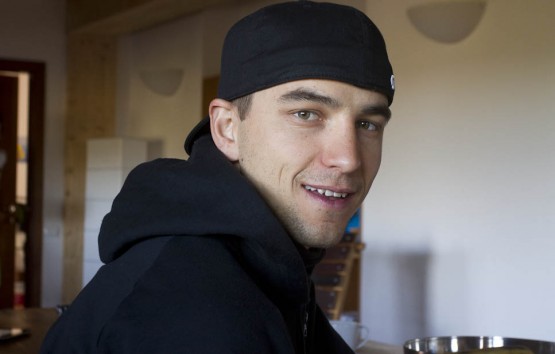 Taking time out to chat.

When did you start riding?

I grew up in the mountains in a village and was alpine skiing, for summer training I started to ride bikes. I then once I did a local race and won in my category, I was 7 years old so it is along time now I have been racing.

Why XC and not DH?

I did DH races for a while, but I really like in XC that you have the endurance and technical skills and everything together makes for me a nice sport. When you practice you can go everywhere you can climb up really nice mountains and it’s training!

What about bikes? At the moment you seem to have quite a few possibilities to choose fromâ€¦Why the 650B in South Africa?

Yer, for sure in the past years the big wheel advance has grown but a 29er has never fitted me perfectly. The bike for me is too big. I can’t have my perfect race position on it because the handle bar is too high and never felt that good on a 29er. For sure you have an advantage with big wheels, then when less than a year ago we started the 650B project…the first time on that bike the fit for my body size and everything was just perfect, everything was in proportion. I think it is not just something like a size Â in-between, it is really the golden centre. 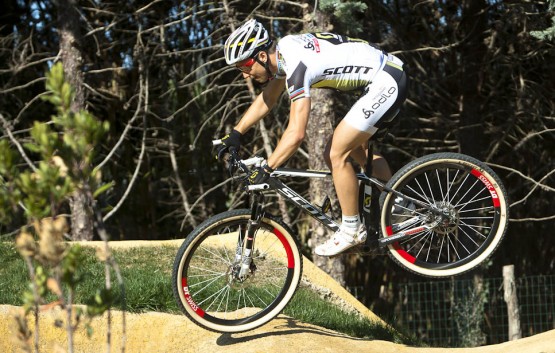 Nino is constantly riding a 650B size bike now.

It is much much smoother, not that hectic. It is rolling much smoother but still in cornering it is feeling like a 26″. With the 29er sometimes you need more power to put the bike in the corner, with the 650B it is like cornering with a 26″. When you go straight or over rocks its rolling much smoother you feel quite a big difference compared with a 26″. It is not a big difference with the wheel size but it is quite a bit different for riding and I think for me it is the perfect wheel size. I’m quite sure in the coming years it will be one of the wheel sizes everyone uses.

Are there courses that the 29er is good for still?

It depends on your riding style and how tall you are. I would say the most XC riders they are between 170-180 cm, and at that height the 29er is not the best size.Â  You are more between the wheels and not on the wheels. For all those riders 650B is the best choice. Also for acceleration you feel it is lighter you don’t have a heavy fork, everything is lighter so in my eyes for XC it is the perfect size 650B. 29er makes sense for tall racers, or if they are not riding that aggressive. I talked to a lot of other riders that are not riding Scott and they said that they want to have from their bike makers the 650B. Im sure in 2 years in the world cup, there will be more 650B bikes than 26″ and 29er.

Later we grabbed a video interview about South Africa and the Olympics. 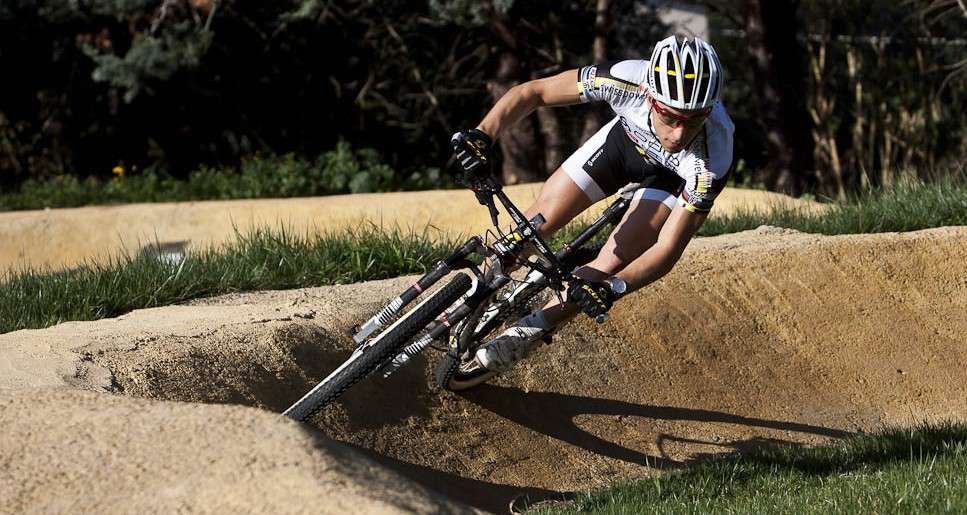