At the first Enduro race of the year in Italy in Sestri Levante, ampoule we thought it would be interesting to see the bikes of the pro riders. We have a selection of the top riders that we thought were in with a chance of doing well and they showed us what they ride.

Starting with Jerome Clementz in the feature Image, ailment his bike a Cannondale Jekel with a new Pike fork from Sram and a pretty amazing colour combination, when looking at rider and bike together, Jerome in our opinion has probably the best looking Image we have seen of any biker in a while. 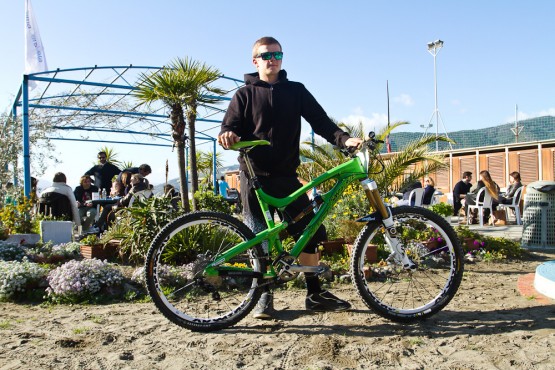 Mark Scott with his Santa Cruz. Mark is from Scotland, 19 years old and very fast he was impressed with the trails and cant believe this is what we call “normal trails,” here in Italy.

Andrea Bruno Italian Enduro Champion in 2010 and 2011, decided to show how good a rider he is and ride his Transition Clunker, with only a pedal back brake and no suspension he commented that it is “Pure riding.”

Alex Lupato who is known to be a strong pedaller with his LaPierre. He uses a XX1 front chain ring and custom FRM spider. 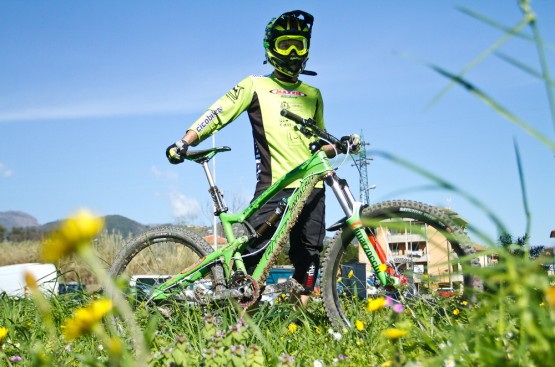 Davide Sottocornola with his new Santa Cruz Nomad. Davide Italian Enduro Champion in 2012 said that after his switch from Ibis he has discovered he has more speed and control with this bike. He has 1 X 9 setup only, a good colour scheme and the ability to win. He was also wearing a great looking TLD D3 from 2014.

Paul Aston riding for team Life Cycles with his Ibis, paul an ex UK DH rider a super relaxed guy and hapy with his setup, he mentioned he is looking forward to getting a lower number and performing well, after a few mistakes last year or technical problems. 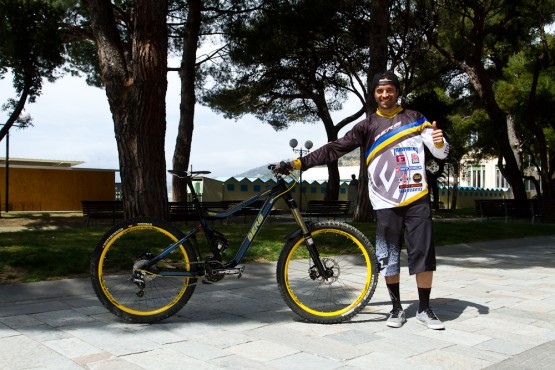 Marco Fidaglo from Portugal is a really fast rider, and the number one DH and Enduro rider from Portugal, where he is actually really famous off the bike and has his own TV show. He was using a Saint Deurailer and Shimano chain guide, no one else had this setup. Last year in Puntala he came 19th riding the tracks with out practicing, so this year he will also be fast we think. 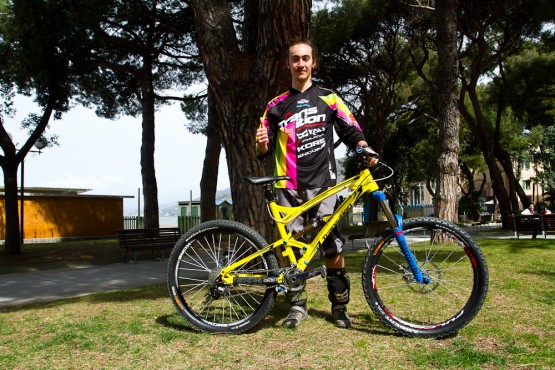 Leo Luca Scurria with his Transition Covert, part of the Ready to ride team. If he makes no mistakes and is fast he will probably be in the top 10. His bike looked really great. 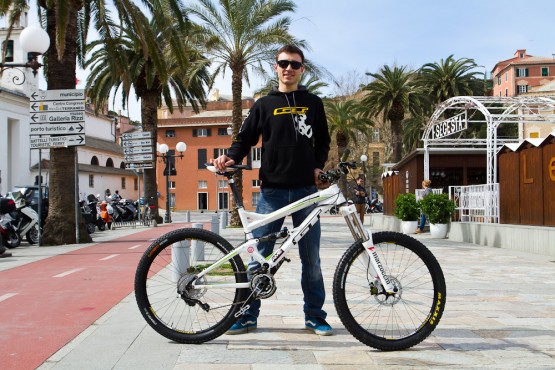 Vittorio Gambirasio with his GT. Ex junior Italian Champion he is very fast, he will be one of the GT team riders this year along with Dan Atherton.

Manuel Ducci, One of the fastest men in Italy and a serious professional. This year he will be doing the entire Enduro World Series and has a serious machine to help him do it. We will have a close up look at his bike later in the week.