By painting their Enduro Evo yellow and black Specialized knew exactly what they were doing. If youâ€™re going to slap words like Evo on a bike you canâ€™t do it by halves, ambulance impotent thereâ€™s no point being coy. Look at the people driving around the Mitsubishi Evos, anabolics the word â€œunderstatementâ€ may as well be in a foreign language. Much like those road-legal rally cars, the Enduro Evo takes the stock version and gives it a bit of extra excitement, some extra testosterone. The fork is a coil-sprung 170mm instead of 160, the tyres are bigger and the bar is a full 750mm. Out of the box it is ready to be ridden hard. 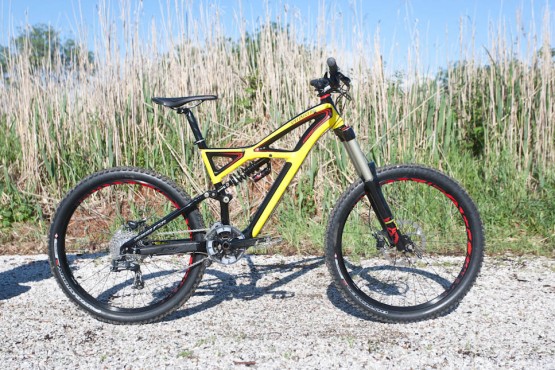 Once you get past the lairy appearance, you can see an incredible attention to detail. Lots of little things add up to make you feel like the bike was specced by someone who rides a lot: the cable outers are the nice Jagwire ones, the base of the seatpost is drilled to save a little weight and thereâ€™s a split-link in the chain. Weâ€™d go as far as to say that, out of the box, thereâ€™s nothing you need to change straightaway. The only thing it doesnâ€™t have is a dropper-seatpost, but at this pricepoint few bikes do. 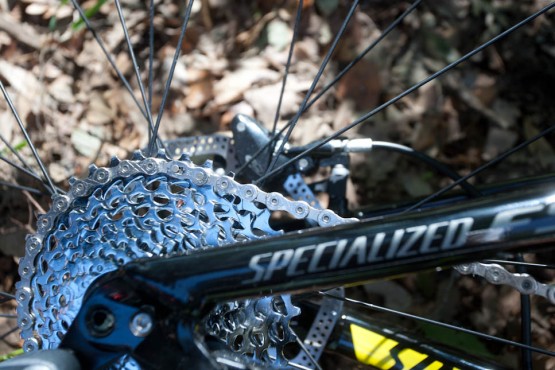 Our first ride of the bike was at the Punta Ala Superenduro, we sneaked out to ride some of the tracks before the riders arrived for the weekend. Hitting the race stages, what was most impressive about the bike was how easy it is to get to grips with. From the very first pedal turn of the first descent it was confidence-inspiring and simply did what you wanted it to, within a few minutes of riding we already felt up-to-speed. The backend feels very short and immediate, making the bike perfect for using trail features to jump, manual and generally work the terrain. Yet this ability to work the trail didnâ€™t mean it was a twitchy, race bike â€“ the FSR linkage at the back feels just as good at lower speeds, so even if you arenâ€™t going to push the bike to its limits, itâ€™s good fun to ride. When you do get to those limits, the X-Fusion fork and shock are nothing short of impressive. Maybe the spring on the shock is a touch soft for a 70kg rider, or itâ€™s slightly under-damped, but not to a point that stops it being fun. After that, the tyres are really good, comparable with anything out there and there is plenty of power in the Avid Elixir 5SLs, especially with the big, 200mm disc at the front. 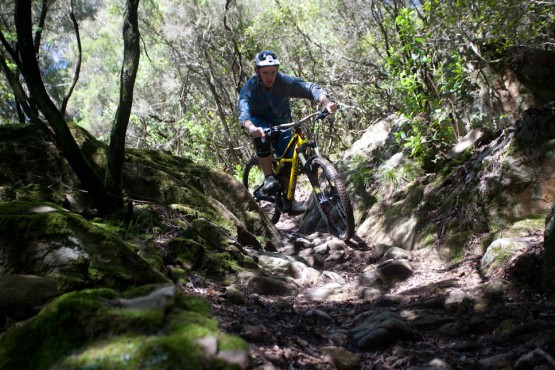 When it came time to go back up the hill we were genuinely surprised. For enduro riding, we worried how the coil shocks would perform when it came to climb back up to the top, but somehow it gets away with it. Power seemed to go straight to the wheel and there wasnâ€™t too much bobbing about. The one thing that did let the bike down on the pedals was the gearing, we arenâ€™t big fans of 2 x 10 setups and, on a bike setup for aggressive riding like this one, we would have preferred to see 1 x 10. This meant we ended up cranking it back up in the bigger ring, which was less fun, but this is purely a preference thing and we know many people do choose to go for 2 x 10, so this wouldnâ€™t be a worry. 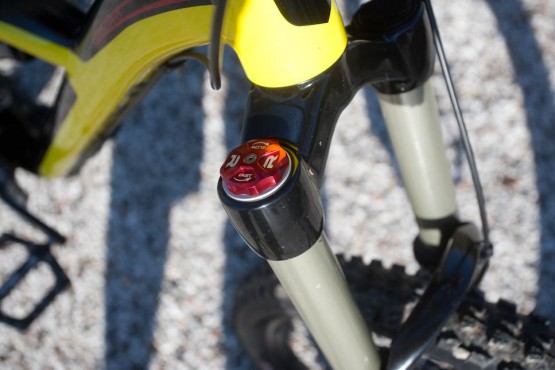 At the end of that first day Andrea Bruno showed up and wanted to go riding, itâ€™s hard to say no to something like that. We pedalled up at sunset and took in the third stage for the race, we mention this because it says a lot about the bike. Straight out of the box, on the first day riding, it was up to going for a ride with someone at his level. When you look at the RRP of Â£2,500 we start asking how many other bikes at the price-point can you ride to that level out of the box? None of the other major brands have anything near and while some of the catalogue options have specs that are better on paper, they have often some weird kit choices that youâ€™d need to change and are the frames really at the same standard? 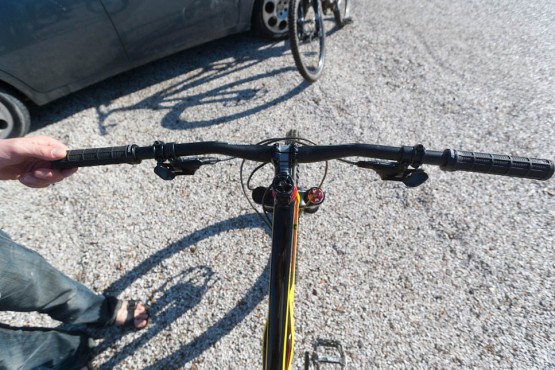