It is not often a rider can try different bike pieces and compare to find out what is the best for his needs, and it is rare to do that with the top brands as usually one has to ask kindly to the marketing departments for one of their products to test. So with this in mind we decided to do an independent suspension test with no strings attached. I say we, this includes Davide Bagnoli and Alessandro Bagnoli, from Bagnoli Bike in Castiligone della Pescaia. 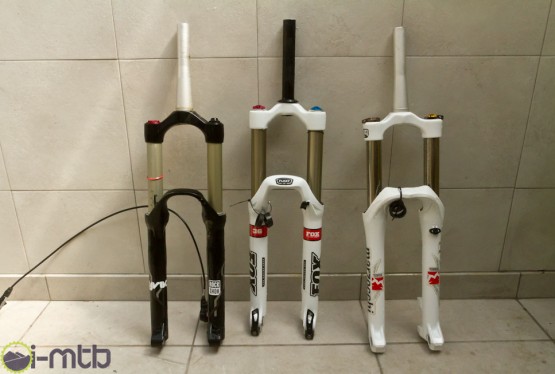 So the test was very simple we wanted to know for all mountain riding which is the best mid range or similar fork one can buy with their money. We decided to focus on three of the most popular brands to get an idea of how they compare against each other. 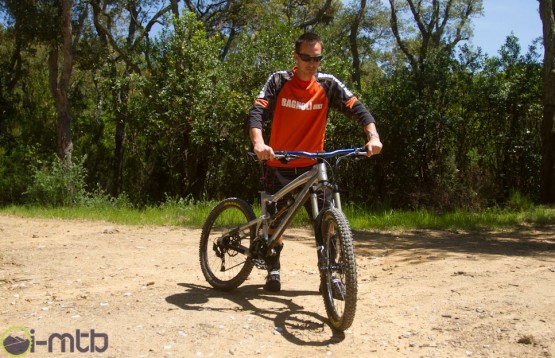 To do this we had the same bike a medium size Santa Cruz Nomad and then we took it to the top of a good enduro trail. Â We rode it down the trail which has a good mix of climbing, fast down, technical, flat and corners. When we got to the bottom we changed the fork and then set it up the same as the previous fork with rebound and sag and compression etc, and then re-rode the trail. Then we changed the fork again, and did the trail again. Three times back to back, a trail we know well. With the same bike, brakes etc, the only thing we changed was the fork. The lines we chose were very similar with the most difficult line where you make the fork work being our objective, this also normally means the fastest line down the trail.Â Consistency was the key to our test so we can really feel what is happening to our bike.

Short Video – What We Did.

The forks we tested were all from 2012 and were all new with a few rides on each fork to bed them in. All the forks were air spring with oil bath. Davide Bagnoli is an excellent bike mechanic with many years of experience and has been on all the training courses for fork maintenance, he is a rider as well and knows his stuff. It is the first time I gave my bike to someone to adjust the various elements before each ride and I had complete confidence in what he did. Each time the setup was perfect with every detail checked and adjusted correctly. Â I can’t recommend highly enough Davide’s technical skills. 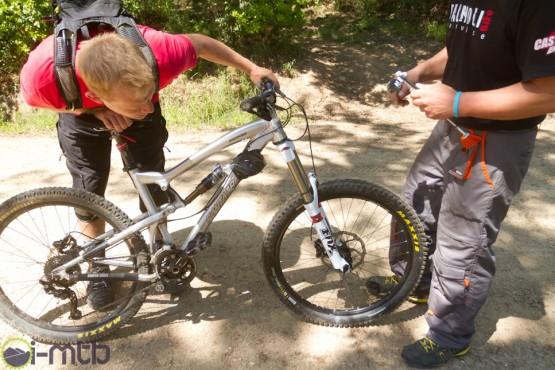 Sag setup on the Fox Float 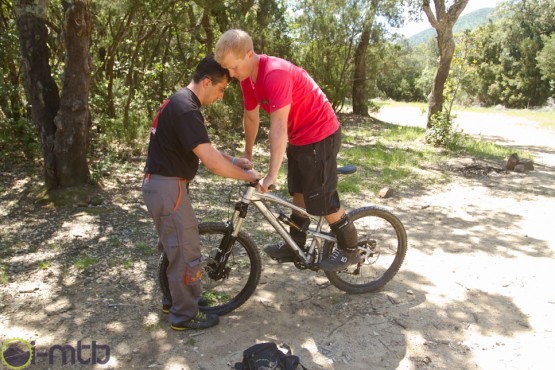 Sag setting on the Lyrik 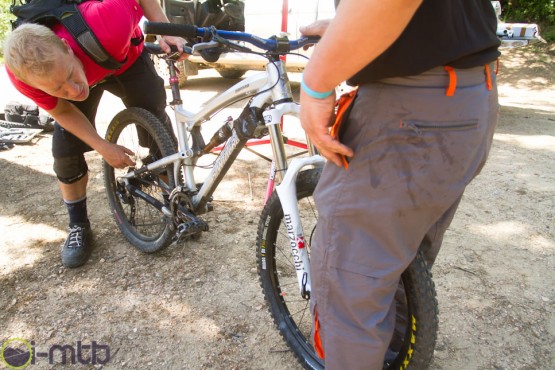 Sag setting on the Marzocchi 55's

The forks were first we tested were first a Rock Shox Lyric R with rebound adjustment 160 mmm of travel set to 30 percent sag. A Fox 36 Float with 160 mm of travel and set to the same rebound feeling as the previous fork. Third fork was a Marzocchi 55 Micro Switch TA again 160mm set up the same as the Fox and Rock Shox. At all times Davide checked and rechecked the setup to make sure the playing field was completely level to eliminate any unfair tests where possible. All forks were used in a tapered headset with the correct headset parts, and the stem height was set to be exactly the same every time. Nothing was left to chance with each fork receiving a full adjustment, maintenance and air pressure and oil level check before riding.

So we rode the forks directly back to back in the space of 3 hours, to try and get an understanding of how they each perform. The first thing that should be said was that all of the forks are good forks they all work really well out of the box and you can ride down pro level trails with them with no worries and have a good experience. I genuinely Â was expecting all forks to perform the same on the trail and was not expecting the results we had.

All three forks are basically the direct competitors of one another in the fork line-ups of each company and thus most consumers will be interested in looking at all the options when considering buying one of these forks.

Lyrik – Performs well absorbing bumps well and with a good solid performance, fork though probably has a slightly slower response time in respect to the other forks, with small bump performance being slightly less reactive. 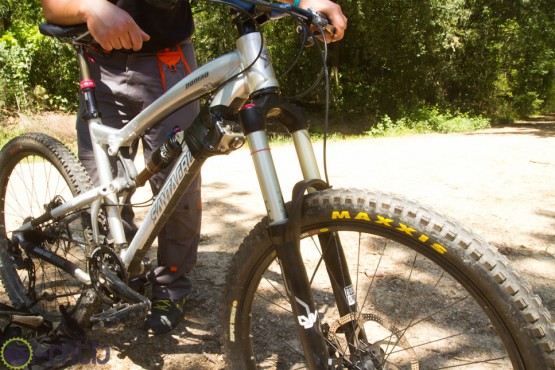 Float – Performs well again absorbing all the bumps, but with respect to Lyrik the fork feels more active and more “floaty” over the bumps. The small bump performance was good and the fork felt that it was more slippery and faster when it moved. 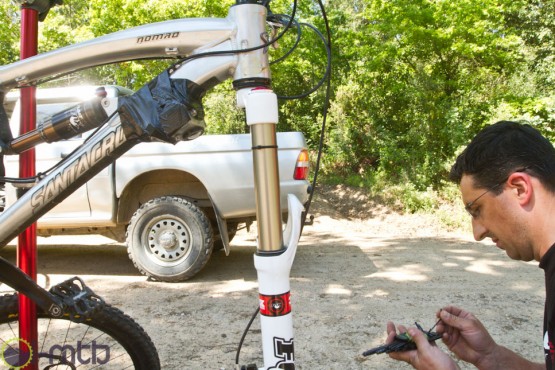 Marzocchi – Best overall bump performance of three forks tested, similar in “floating” performance to the Float but under more control, it enabled the rider to take tougher lines. The fork was very smooth and the track felt flat and smooth under this fork. At the handle bars the feeling was vibration free. The fork was fast to respond and you could hear a reassuring sound of the fork working. 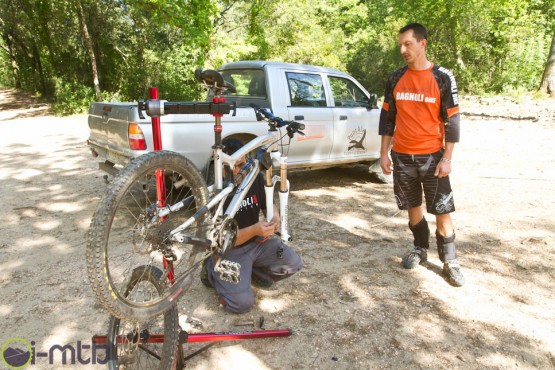 Lyrik – Braking performance is good, fork is stiff and brake dive although there is some is under control, possibly a balance has been reached here with small bump performance to maintain good braking response. 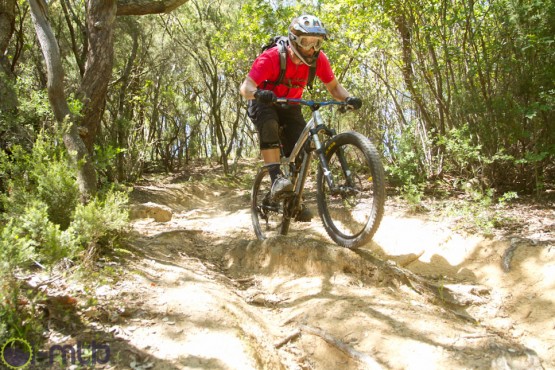 Lyrik in action on a braking bump.

Float – This was where the float was not quite as good as the other forks, although set to the same sag settings as the other forks. In braking this fork compressed more, this though did not inhibit the feeling or control much, but it could be better. 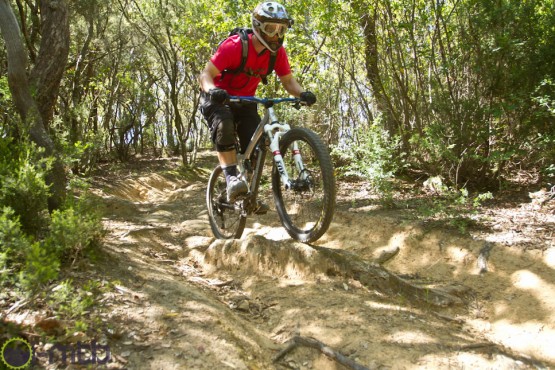 Fox action on a braking bump. 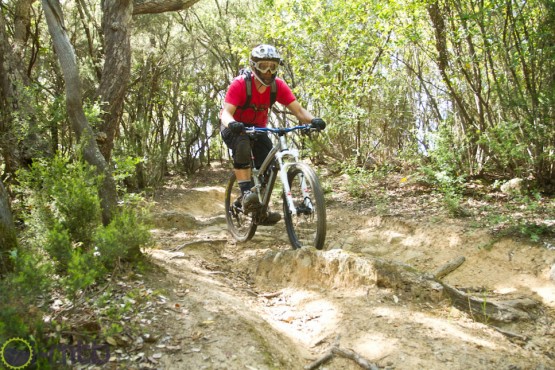 Lyrik – When pedalling this fork felt good, not much bob and the response to weight shifts although noticeable when pedalling hard, you didn’t feel like you were wasting your energy and the power was transferred.

Float – The responsiveness of this fork was great and like the float when pedalling the fork was working well, and you didn’t feel like you were wasting your energy with excessive bob.

Marzocchi – The performance again here was great. The fork was under control and the rider didn’t feel like any energy was being wasted in the climbs. The same overall floating under control performance was still there. 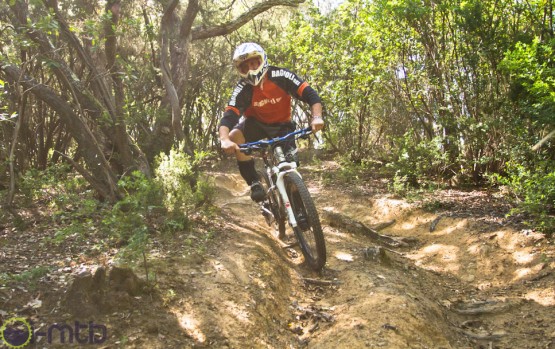 Alessandro Bagnoli giving the Marzocchi a final test to confirm our result.

Judging fork performance was an interesting experiment and the point of the exercise of this was to take into account this as a main consideration of choosing which fork to use for a bike if we had to buy one and we had a normal amount of money available. The Marzocchi clearly stood out as the best overall performing fork, with the ride being smooth with the fork doing everything that was asked of it. The trail felt smoother and enabled more difficult lines to be chosen meaning it is possible to ride faster with this fork and under more control in our opinion. The other two forks though should not be considered poor choices for your bike. They both worked well, with the Fox Float winning with respect to the Lyrik by giving a great feeling of floating over bumps and trail performance feeling, but the Lyrik winning with respect to the Fox Float as braking performance with the Lyrik fork compressing less quickly meaning there was still travel available for bump absorption. All of the forks felt solid and flex free and turned great on the trail, giving a confidence back at the bars but again, the Marzocchi just felt a little bit more direct and confidence giving. All of the forks have similar leg diameter and the same axle size. 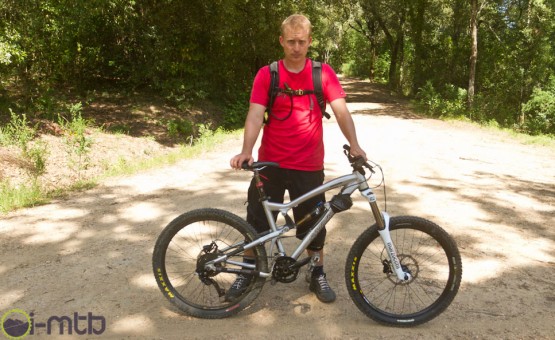 The winner by quite a good margin.

So if one had to buy one of these forks, In our opinion the Marzocchi is the fork to buy based on performance alone.Â  Choosing between the other forks is hard as both have positives and negatives, but for us the Fox Float had a nicer feel on the trail and despite the braking compression being more than the Lyrik it did not make in our opinion for a worse ride. The Rock Shox Lyrik although not the winning choice is still a worthy fork that works well, it should be remembered we are comparing quality forks and that they all work well, however the Marzocchi works the best by quite a clear margin over the other forks.

Fork choice can be also worth thinking of which include maintenance and looks with weight and price also being deciding factors.

The weight of the forks was interesting with the Marzocchi being 300 grams heavier than the Lyric and the 200 grams more than the Float.Â  With weight as your main worry at this size of fork leg then the Lyrik is the clear winner and the Marzocchi coming in last place as it is a heavier fork. However the performance gain is significant in our opinion and negates any worries about extra weight. 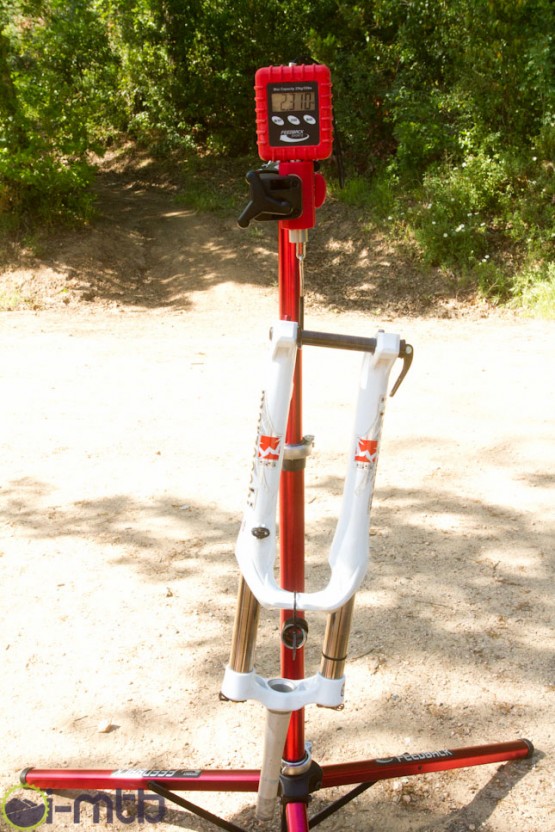 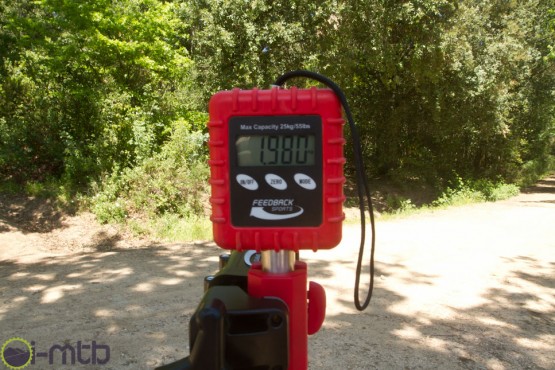 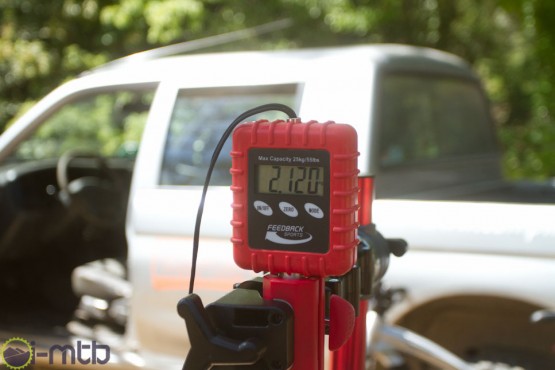 In the looks department all three forks are very close, but the Lyrik probably has the best graphics and they were printed onto the fork rather than being an sticker in the case of the other two forks. The coatings on the legs though also give a nice look to a fork. The Marzocchi has a Nikel finish and therefore is a different color whether you like gold or silver style finish is best left up to the rider, but both looked good.

Maintenance schedules of the forks are different with the Float requiring more intervention in a year of regular use than the Lyrik, and Marzocchi, so this might influence one’s choice as the extra cost of servicing the fork to maintain maximum performance is important.

Lastly the price is worth considering. All three forks are in a smilar range, and depending on your country of purchase and where you buy it from they all come in at a similar price at around â‚¬800-900. If your lucky you might pick up a deal somewhere.

Thanks to Bagnoli BikeÂ for their help in this review.