Winter is fairly slow and wet this year, so we were looking towards a few small scale bike shows getting us out of the rain, and getting ideas about the latest things we can add to our bikes. We managed to pass by the relatively low key London Bike show in London, UK, and see if there were any interesting products on display.

First up on our hunt for interesting things was a stop at the Schwalbe stand and asking to see their new dual valve low pressure tyre system. Nothing yet though to see we did however manage to take a look at the Magic Mary and Rock Razr tyres, we really recommend the Magic Mary, the Rock Razor is probably best for those who like to ride fast and loose. More info on the dual chamber tyre, the staff on the stand said they dont know much about it yet and there arent specifics about if the magic taking place in the system is dependent on a few items working together, so are the rims the key to making the system work? Apprently something will be ready for Eurobike, it should be noted that other companies are apparently working on a similar system. 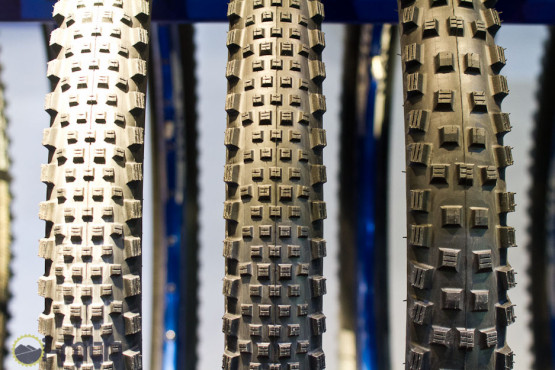 Enduro tyres for those who like to ride fast and loose.

This was an interesting stand we managed to get a glimpse of two components that we have been testing from other brands over the last months and year, a narrow wide chain ring and a 40T rear cassette adaptor. The Chain ring looked incrediably good with some really nice machining and finishing. The version on display was 30T which fits really well with their rear cassette adaptor. 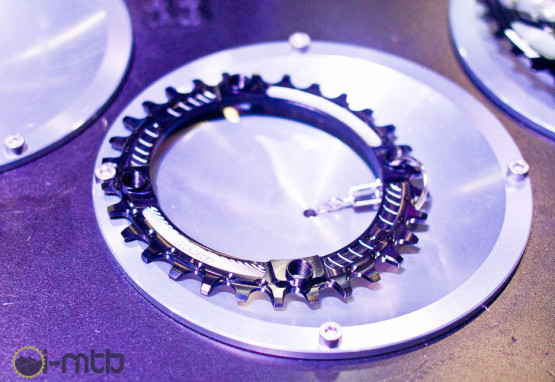 The rear cassette adaptor was the really interesting piece to look at. We have ben testing and using a General Lee cassette adaptor from leonardi racing for the last year. They work really well, now however other companies are producing just a large ring and removing a lower ring. The Hope version is 40 teeth only. As it was only one of two that they had made we couldn’t try it, but we did discuss the reason on their sizing choices, of which the main one which we would agree with was that with the standard deraileur from Shimano 42 T adapators are too big and the gear changes become more hit and miss. 40T is in our opinion the best size to reach to, we would also reccomend sticking with Sram deraileurs as their chain geomtry and puley wheel placement fits better when used in these extreme adjustment situations. 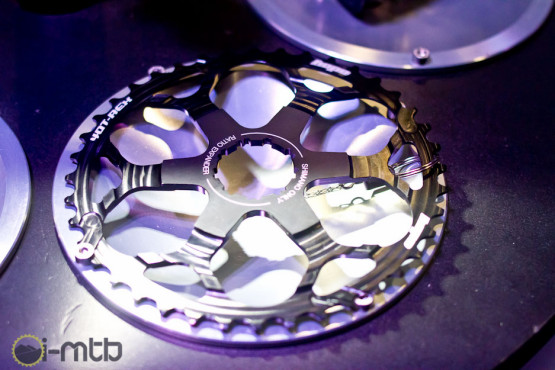 The 40T adapter seems to be the best.

With top tubes on some bikes becoming longer in recent years a short, strong, light-weight stem is the way forward. Renthal have just produced a 40mm version of their Duo stem, which is made in two parts and screws together. 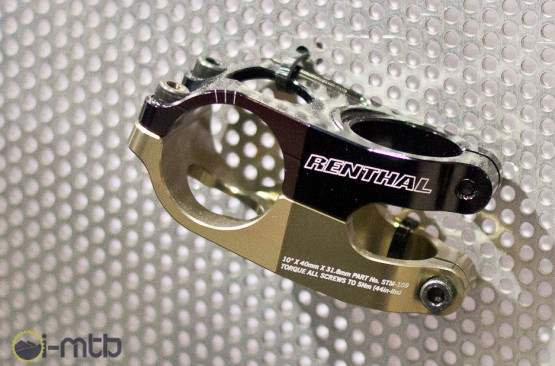 This is not exactly aimed at mountain bikers, but with our focus shifting slightly in the next months and doing a bit more road riding we couldn’t help notice this very cool bag from Henty an Australian company for carrying a pressed suit. It kind of rolls up and stays flat, and is easily carried on your back in a stable fashion. Really cool idea and defiantlyÂ  a useful product for those who like to bike but also need something with them that they can change in to and not look like a messy biker.

The bag sits in a comfortable position on your back when you ride. 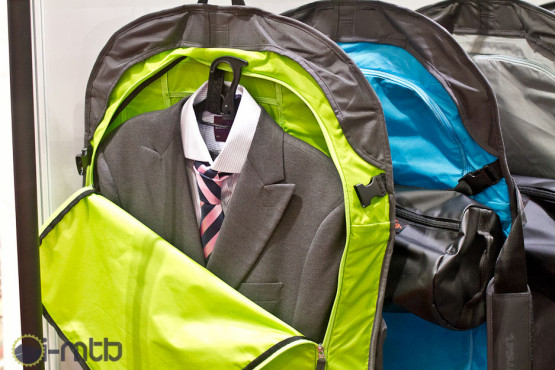 Yes it is now possible to carry a suit on a bike without making it crumpled.

This interesting contraption was on display, the idea is to pedal it very quickly. The double gear ratio was used to ride up to around 120 KM/H by Guy Martin, an Isle of Man TT race competitor and mad man. He did this using the slip-stream of a car, very impressive, we are not sure if it would work very well off road though. 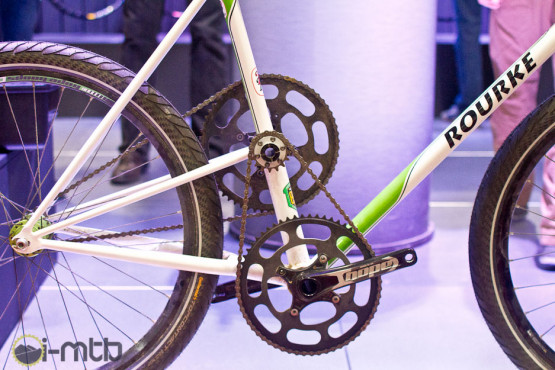 The next show of interest will be the Eurobike, where we will be later in August. In the mean time we will be keeping our eyes open for new bicycle innovations.